Green tea is made from the leaves from Camellia sinensis which originated in China more than 4,000 years ago. Being used as both a beverage and a medicine in most of Asia, including China, Japan, Korea, Thailand, and Vietnam, to help everything from controlling bleeding and helping heal wounds to regulating body temperature, blood sugar and promoting digestion. Green tea has recently become more widespread in the West, where black tea has been the traditionally consumed tea. More than a decade's worth of research about green tea's health benefits -- particularly its potential to fight cancer and heart disease -- has been more than intriguing, as have studies regarding green tea's role in lowering cholesterol, burning fat, preventing diabetes and stroke, and staving off dementia. Beautify and renew with loose-leaf green tea blended with citrusy-tart Yuzu, bright orange peel and soothing honey, with just a moderate amount of caffeine -invigorate as you beautify! Tea Forte uses environmentally friendly organic green tea, which is a

Stash premium green tea is an all-natural way to get the caffeine boost you crave. Our premium green tea is created from a blend of specially selected green teas. We use traditional japanese-style steam processing to retain the vibrant flavor color and fragrance of the fresh tea leaf. Simply steep in 170- to 190-degrees fahrenheit water for one to three minutes and enjoy a bright golden-green tea that is just the right mix of sweet nutty and herbaceous. Each box contains 20 bags.country of origin : united statesis gmo free : yesis kosher : yessize : 20 bagpack of : 6selling unit : caseingredients : blended green teaskeywords : beverages;caffeinated;diet;drinks;energy;healthy;hot 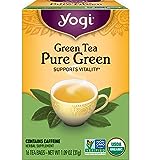 So Good It's Pure Green Embark on a journey to vitality with a cup of Yogi Green Tea Pure Green tea. Recommended for thousands of years by Chinese physicians as a natural path to vitality and longevity, Green Teas’ natural antioxidant properties help to support the body’s defenses against damaging free radicals. Yogi Green Tea Pure Green tea combines carefully selected, quality organic Green Tea leaves for a robust, flavorful blend with an elegant aroma.* *These statements have not been evaluated by the FDA. This product is not intended to diagnose, treat, cure, or prevent any disease. 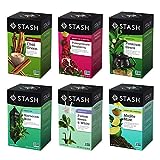 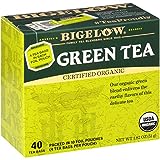 Bigelow Original Green Tea - 40 bag per pack -- 6 packs per case. Bigelow Certified 100% Organic Green Tea, is tea with a healthy attitude! Mother Nature gave us a wonderful gift when she packed beneficial antioxidants into Green Tea. This certified 100% Organic green tea has the added benefits having been grown by socially-responsible farmers who are committed to using only natural fertilizers that are free of synthetic pesticides and additives. Shelf Life: 730 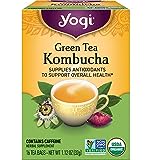 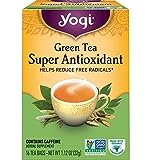 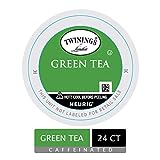 Green tea is known for its smooth flavor and refreshing taste. Green teas are made from leaves of the Camellia Sinensis plant, the same leaves as black tea. Green teas go through a process where the leaves are heated to prevent oxidation while black teas are oxidized for additional color and flavor. The result is a delicious tea that brews to a light golden color and unique flavor. Twinings Green Tea is a style called "Sencha", known for its smooth, mild characteristics. Green Tea is pure and natural; smooth in flavor and refreshing taste. 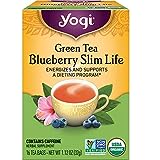 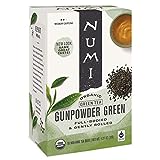 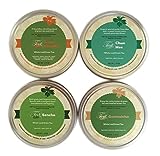 Heavenly Tea Leaves Tea Sampler, Green Tea, 4 Count includes Sencha, Chun Mee, Green Paradise & China Green. Heavenly Tea Leaves green tea sampler is an inexpensive way to get to know your own palate. Green teas have less caffeine than black teas, and more caffeine than white teas. Recent studies have shown that the antioxidants in green tea may be benficial to our health. Due to minimal processing, green tea has a higher concentration of Epigallocatechin-3-Gallate (EGCG) than some other teas.